It’s difficult to know where to start with the remarkable story of BeeInventive.

Perhaps in the humble shed in Byron Shire bushland where Cedar Anderson and his father Stuart first came up with the idea for the game-changing Flow Hive (a shed that Cedar also lived in).

Perhaps with the fact that, in 2015, Cedar and Stuart reached their crowdfunding goal of $70,000 in just 10 minutes, going on to raise $17.25 million during their campaign.

Or perhaps with the fact that having once been living a frugal but breezy Northern Rivers existence, Cedar and Stuart now oversee a company with factories in Brisbane and the United States and warehouses all over the world, taking orders from more than 130 countries.

“It was the craziest, busiest time that’s ever happened to me,” says Cedar of launching the business, BeeInventive, following their record-breaking crowdfunding success.

The Flow Hive has revolutionised beekeeping by allowing for honey to be extracted directly from a beehive, as opposed to having to open the hive and disturb the bees. Cedar first started working on the idea in 2005, and field-tested the invention for three years before turning to crowdfunding, and things have simply snowballed since.

“We’re a proper little company now and we have all our manufacturing and logistics operations optimised to offer a product we’re really proud of in just about every country you can think of,” says Cedar.

“It’s amazing how far we’ve come since those early days all huddled around a laptop, pressing ‘go’ on the crowdfunding campaign.”

Awards have included the prestigious Good Design Award for 2016, and NSW Business of the Year for 2017. Yet despite all the international attention, it’s fair to say that the business is run with a decidedly Northern Rivers-style ethic.

“We really want to focus on being a company that does good things in the world.

“Last year, we made some pollinator houses from the offcuts of Flow Hives. They sold out really quickly and all the profits will be used to fund activities that protect habitat for pollinators. And the plan is to do more of that sort of thing,” Cedar says.

“The work pollinators do is crucial to all life on Earth, and we all need to work together to save them.”

As its star has risen, BeeInventive has remained a true family business, enlisting help from brothers, sisters, cousins, grandparents and uncles – and of course the core partnership remains a father and son.

“It’s been particularly amazing to work with my dad,” says Cedar. “To me, the most important thing is that that relationship stays strong. I’d throw it all away if it was threatening our relationship.”

The Flow Hive has also been credited with a boom in amateur beekeeping in Australia. According to Stuart’s reckoning, half of sales are to novice beekeepers (albeit mostly in the United States), while some Australian beekeeping clubs have measured a 200% increase in membership in the wake of the Flow Hive.

And to think that this revolution began in a shed near Byron Bay.

“It’s a total rollercoaster,” says Cedar. “Even now I pinch myself and it still doesn’t feel real.”

“The work pollinators do is crucial to all life on Earth, and we all need to work together to save them” 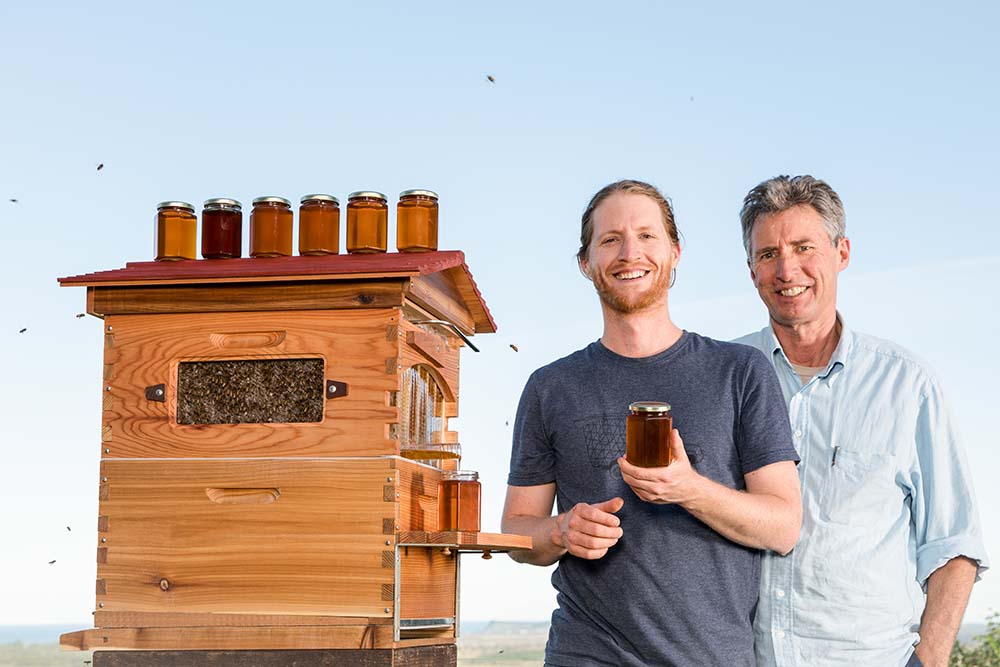 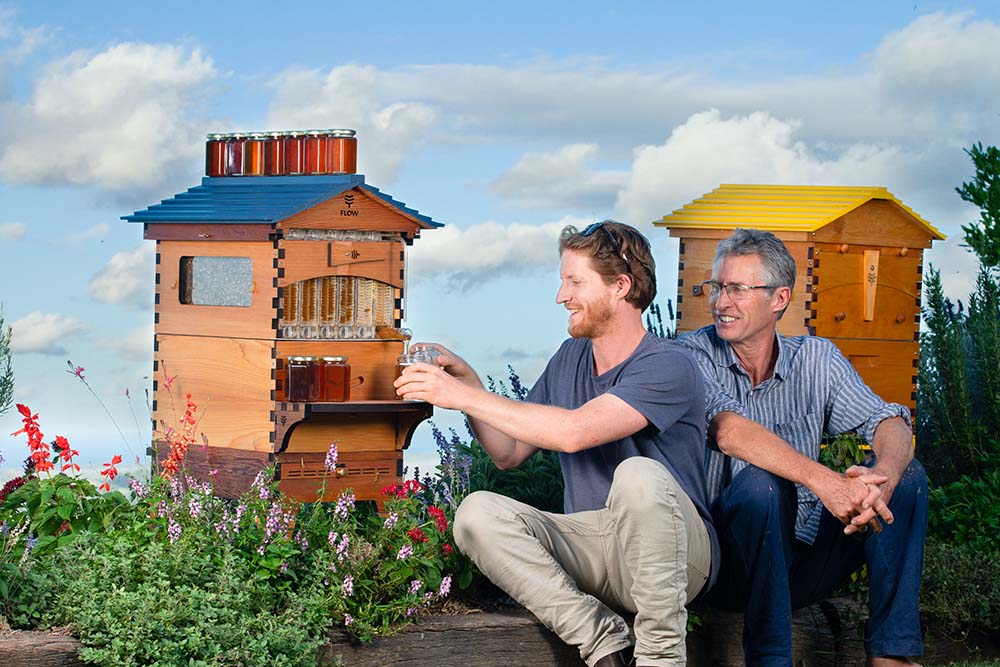