Debbie McQueen has three words of advice for anyone starting a business in Kyogle: flexibility, perseverance and patience.

They’re three traits Debbie lived and breathed when she launched her café Gateway Fine Foods and Catering five years ago.

“We wanted to provide an alternative to the other cafés and outlets in town and decided our niche would be to offer mostly gluten-free and vegetarian meals,” Debbie says. The café also has a delicatessen and retail space, selling mainly local produce, many of which are incorporated into the menu.

However, it wasn’t so easy introducing something new to the town. Debbie says it took a while for some of her customers to appreciate dishes such as quinoa salad over a more traditional steak and chips.

“And they weren’t used to seasonal products. If there are no tomatoes because they’re not in season, we’d need to explain why we don’t just get them from supermarket.”

Working with the local producers was one of Debbie’s early inspirations for launching her café. Gateway Fine Foods and Catering holds regular Long Table Lunches featuring talks and tours from local producers and farmers, all set against the spectacular backdrop of the area’s open paddocks and rolling hills.

“Guests learn about the ingredients and origins of their food and the challenges and joys of farming life and we celebrate the wonderful flavours of the Northern Rivers.”

Debbie has succeeded in building her café into a bustling local hub, which now enjoys 50% return clientele from Kyogle and the neighbouring villages. More recently, she’s extended the business into catering, transforming a vintage caravan into a transportable commercial kitchen.

“Because we have the van we can take it to school fetes, to weddings on private farms, and to local village gatherings like pop up restaurants in community halls,” Debbie says.

“This service took some time to become known, but we continued advertising and it’s now becoming popular with tourists visiting our region.”

Debbie says her secret to success has been this: “Look locally for support but look externally for inspiration.”

And, of course, putting those three traits into action. 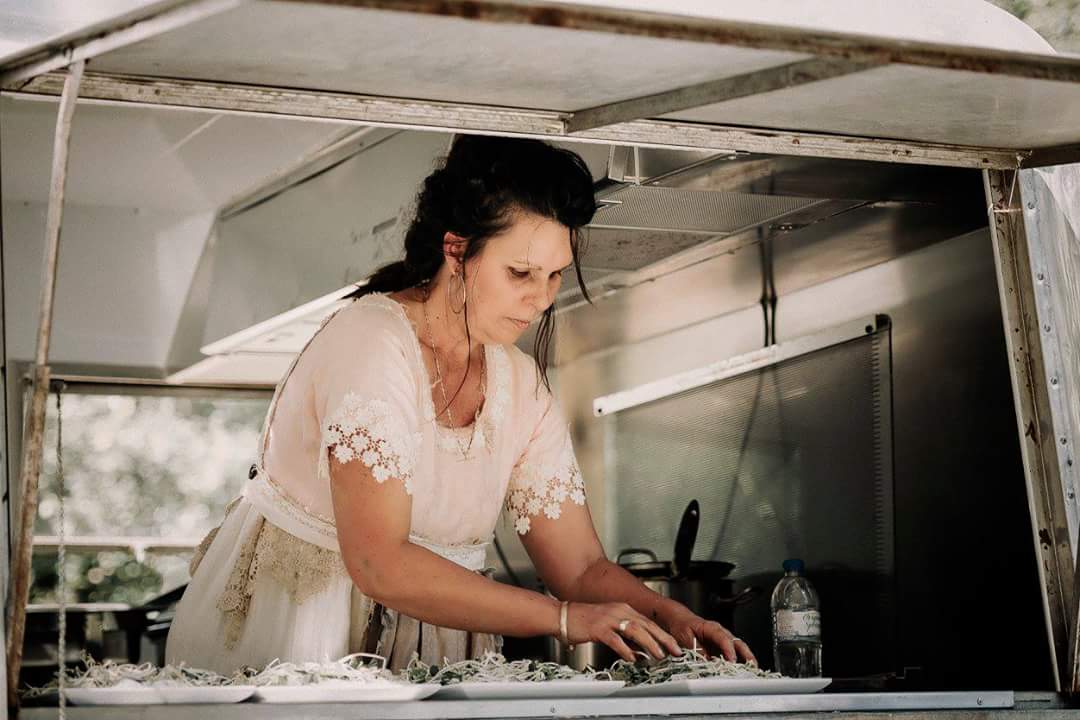