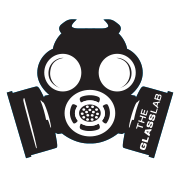 Adam Wessel may have worked in surfboard factories since the age of 16, but it was a stint in the luxury yachting industry that sowed the seeds of game-changing surfboard manufacturing technology.

“I was painting and fairing yachts. I tried to pull a lot of that ethos and then implement it into the surfboard industry,” the owner of The Glass Lab in Tweed Heads says.

The 40-year-old saw a niche in safe, sustainable, high-end surfboard manufacturing that could compete with overseas production.

The Northern Rivers business takes the shaped core of the board and applies the fibreglass, resin and fins that give surfboards their structural stability and functionality.

But the process is not without dangers. Polluting volatile organic compounds and dust are released into the atmosphere, harming both people and the environment. Using equipment adapted from mining, Wessel created a system that captures 96 per cent of those fumes and 99.9 per cent of dust.

The technology, which he says is a first in the industry, has given The Glass Lab products a stamp of sustainability – and protection.

“We’re really vigilant,” says Wessel, speaking about the safety of his 20 staff.

Today the business is one of the largest surfboard manufacturers in Australia. 200 boards – including world-renowned Channel Islands designs – leave its premises each week.

At the heart of the company is the Tweed Coast. Wessel is in the enviable position of treating surfing as his research and development time.

“We not only get to enjoy what we do but we get to enjoy the product that we create,” he says. “Being close to the beach where we are is super important for us.”

It is also important for the pro riders who compete in the World Surfing Championship at nearby Snapper Rocks – many collect boards from The Glass Lab in person and can be on the waves in minutes.

Moving ahead, Wessel is constantly exploring new methods to make boards lighter and stronger and is working on expanding operations without sacrificing quality.

One non-negotiable, he says, is his location.

“I believe in the Tweed. I love our community, I love our local economy, I want to see it grow. It’s who I am”