After buying a rundown dairy farm in the Byron hinterland in 1989, it was another ten years before Pam and Martin Brook made their shift to the Northern Rivers.

During this time the couple and their two young sons would drive up from Melbourne four times a year, slowly planting native trees and regenerating the property, while enjoying the Northern Rivers lifestyle.

Their vision to create quality food products from macadamias was ripe when they finally made the move in 1999 and launched their business.

Brookfarm is now one of Northern Rivers’ great food business success stories, employing more than 70 people. But the foundations for this success stem from a slow and steady approach. And a long-term view is all part of the plan.

“It took us two years to get the first products to market,” Pam says, with Martin working full-time on the business while Pam also worked part-time as a dentist.

The kids, Will and Eddie, who are still involved in the family business, pitched in from a young age – being 10 and 13 when the first products launched. “They used to stick the labels on the bags and be paid in donuts and hot chocolates at the markets,” Pam says. “They’d get up at two in the morning with us to go to Newfarm Markets in Brisbane.”

Brookfarm’s first sales in 2001 were at the Bangalow markets selling toasted and natural muesli and macadamia oils, and they expanded from there up through the Gold Coast and Brisbane.

By 2003 the couple decided to ramp it up. “It’s always a question in business – how much do you risk? You always have to put things in to get things out.”

The risk they took was investing in building a bakehouse on the farm, Pam giving up her part-time work, and bringing on their first employees.

“That’s when we knew we had a business,” Pam says.

Almost 20 years on and Brookfarm now has more than 20 products including muesli, granola and other breakfast products, as well as nut mixes, bars and oils. It distributes across Australia and exports to the Asia-Pacific, Europe, UK, the Middle East and the US. 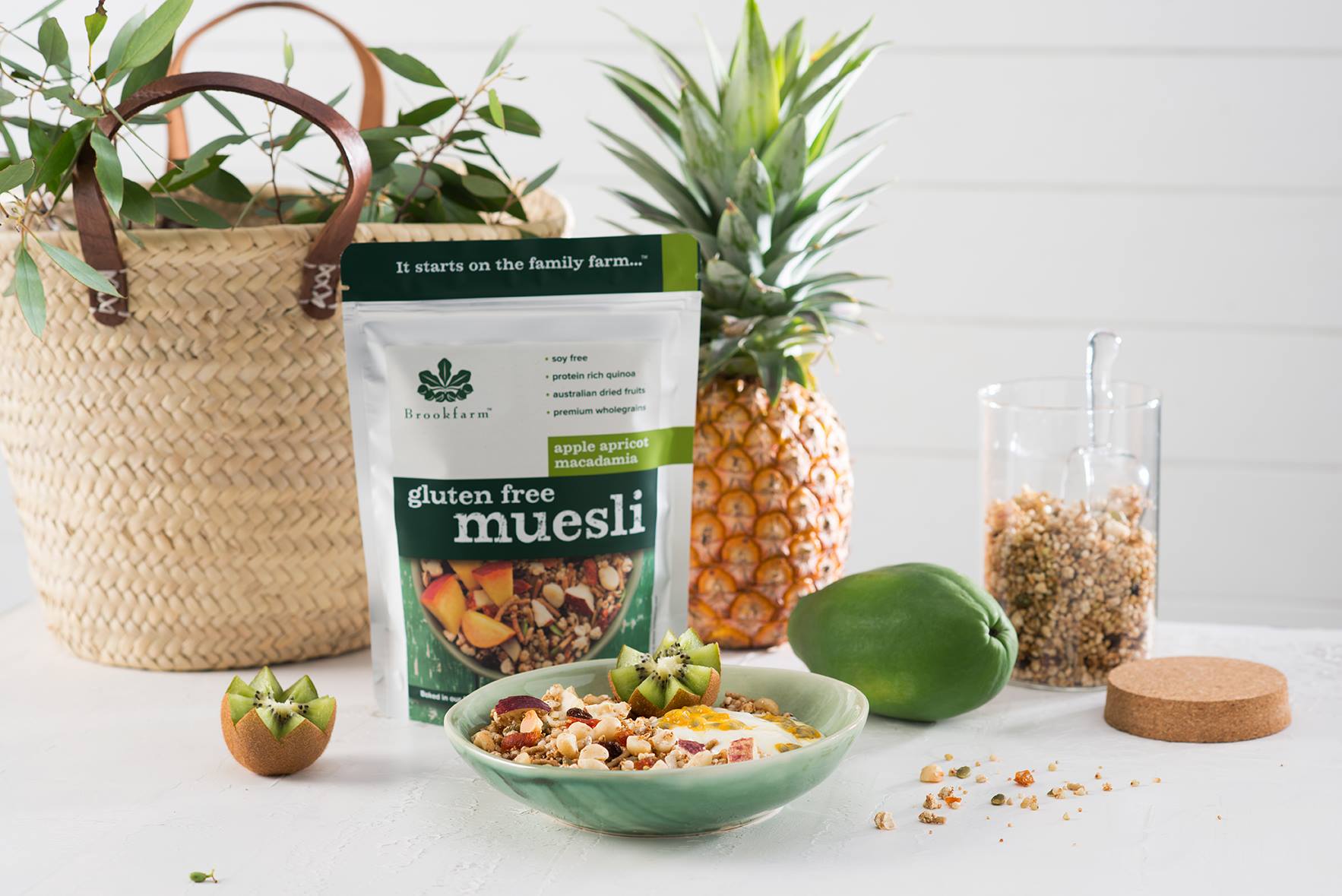 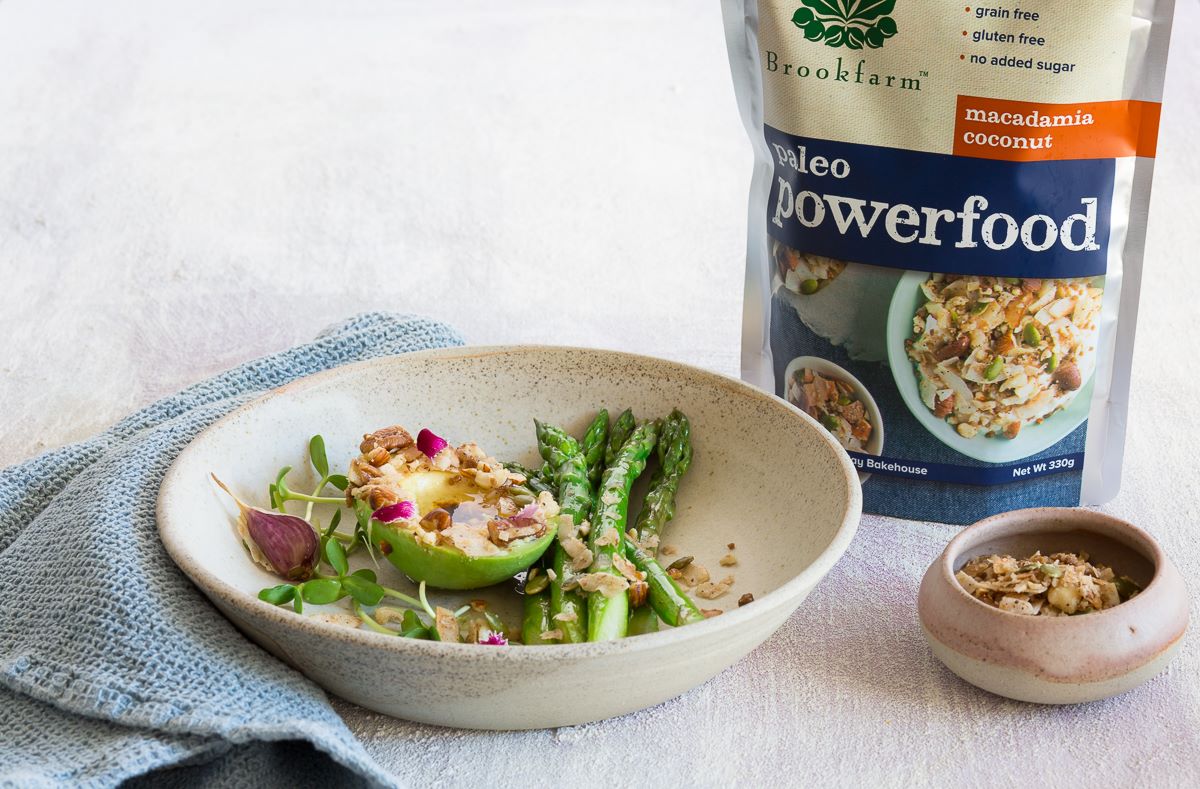 Much of Brookfarm’s popularity can be attributed to it sticking to the values that started on the family farm.

“We only produce real food and we source all our ingredients from farmers who employ sustainable farming practices,” Pam says.

“People need to love the taste of the food they eat, and it also has to fit in with their healthy lifestyle, and that’s what we aim for in the foods we make.”

Pam also attributes Brookfarm’s early success to making the most of networking opportunities in the Northern Rivers and to the support they’ve received from locals.

“You just learn so much from other people, you absorb knowledge, and in a regional community people are always happy to give you advice,” Pam says. “The support for us in the region is the base from which we’ve built the business.”

Later, the couple were founding members of the Northern Rivers Food group, which is now a member-funded body with more than 130 businesses on board, and fast growing.

“It’s a great organisation,” Pam says. “If that had been around when we started we wouldn’t have had to reinvent the wheel so much.”

This culture of connecting continues for Brookfarm, with Pam and Martin now setting their sites on establishing a regional food hub.

“We’re looking at collaborating with seven or eight other food businesses to build a food precinct in the Northern Rivers in the next two years,” Pam says. This will be one way to overcome the challenge of there being minimal food-grade infrastructure in the region, says Pam, who adds that the approach to overcoming challenges is what shapes a business. 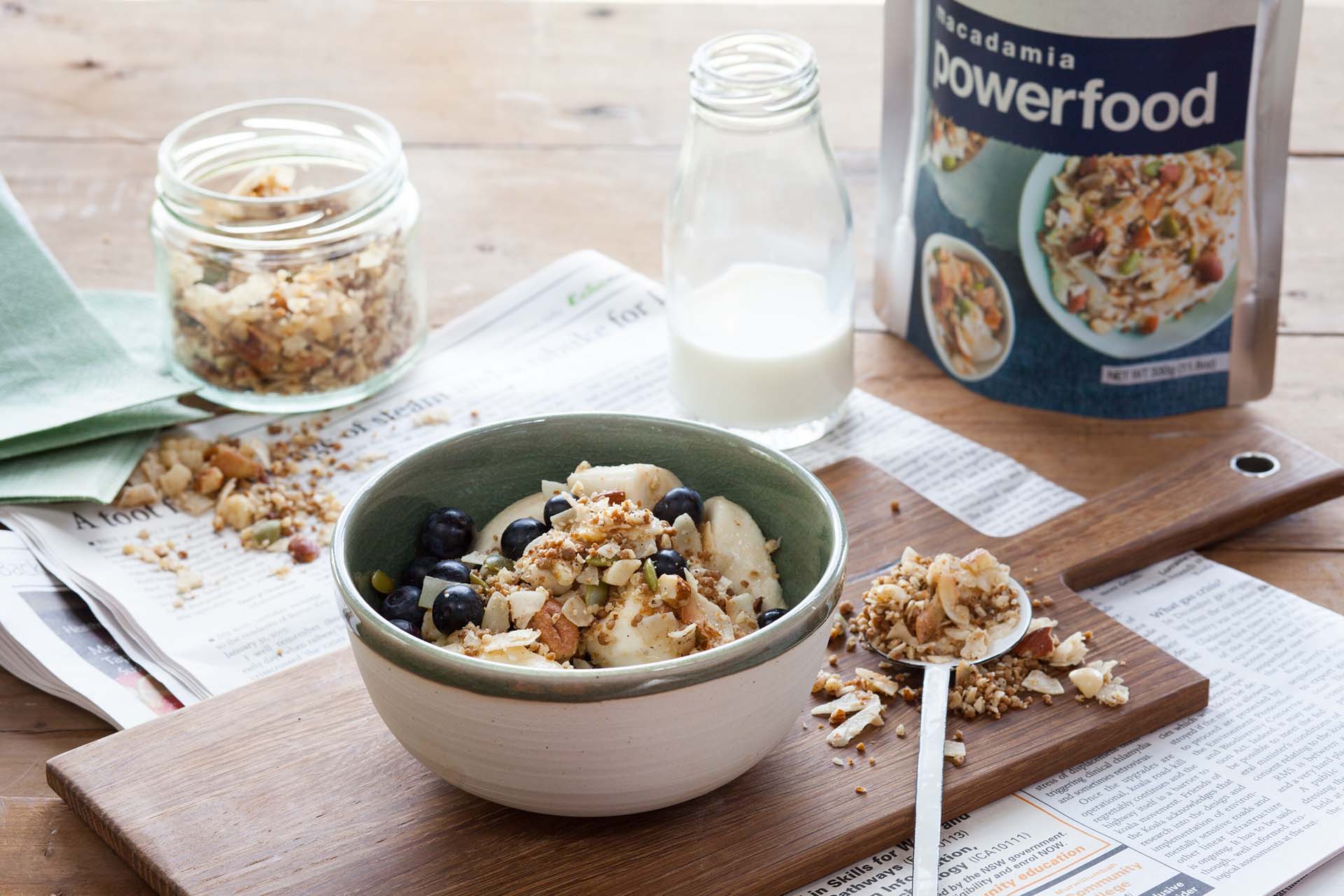 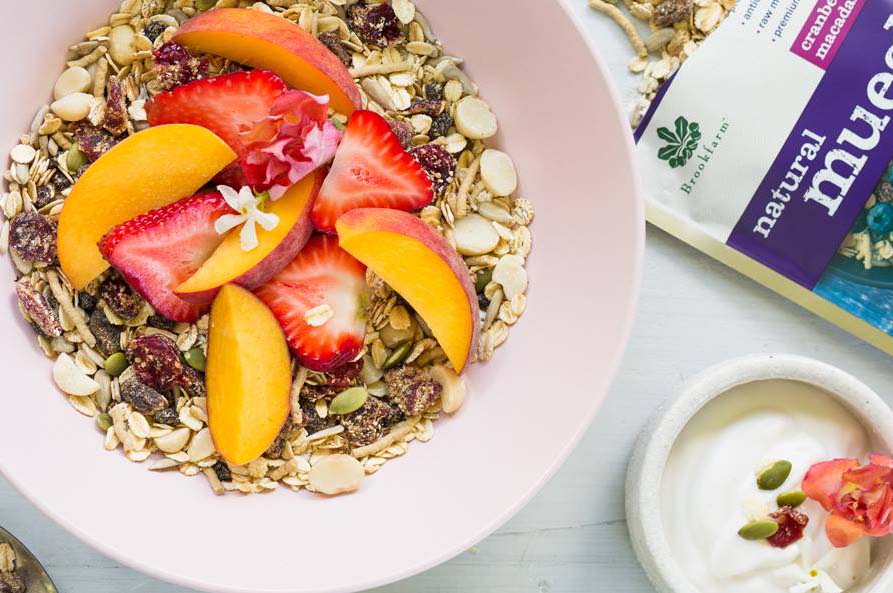 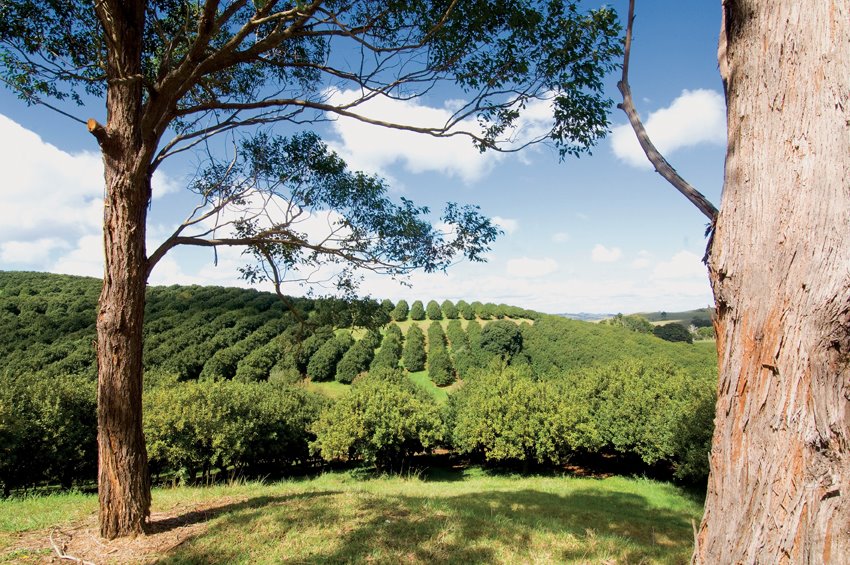 “A successful business is one that takes a really proactive approach to solving problems. When something blindsides you – might be loss of a key member of staff, or loss of a key market, or a financial challenge – there’s always a way you can make it work, and that might take you in a different direction than you thought.”

Pam also keeps it all in perspective by stepping back and considering the long-term view.

“Throughout Europe there are many family generational companies, and I sometimes wonder, ‘What will Brookfarm look like in three generations from now?’,” she says.

In the upcoming generation, sons Will and Eddie – now 30 and 28 – are continuing the family tradition, with Will general manager at Brookfarm and Eddie running Cape Byron Distillery on site at the property.

“We’re here for the long term, we’re here for family and community,” Pam says. “And to enjoy the journey and make a difference along the way.”