It wouldn’t be the first time someone wanted to bottle their Northern Rivers experience, but Husk Distillers is actually doing it.

Paul Messenger heads up the family-owned rum and gin distillery in the Tweed Valley with its paddock-to-bottle philosophy.

“Tumbulgum village is at the confluence of two rivers with views to Mt Warning in the prettiest valley in the country, possibly the world,” Paul says. “That’s what we’re trying to extract and put in a bottle.”

The Husk Distillers story starts in the tropical paradise of the Caribbean. Paul and his wife Mandaley Perkins were on holiday in 2009 and discovered an array of rums, including the traditional agricole rum, made from the local sugar cane.

“Many of these were better than top shelf single malt whiskies,” says self-professed whisky connoisseur Paul.

The cogs started turning – “There’s so much sugar cane close to home” – and within three years, the Messenger family found their property in the Tweed Valley and Husk was born, distilling Australia’s first and only agricole rum, made from their own sugar cane that is grown, crushed, fermented, distilled and barrelled on their farm in the Tweed Valley.

Husk Australian Agricole Rum was Paul’s initial passion project, but it’s what happened next that has the world talking about Husk Distillers.

“When we set out we were only focused on the rum. Harvest season is June to November and we had all this equipment sitting there. It didn’t take long to think: ‘Let’s make a gin’.” 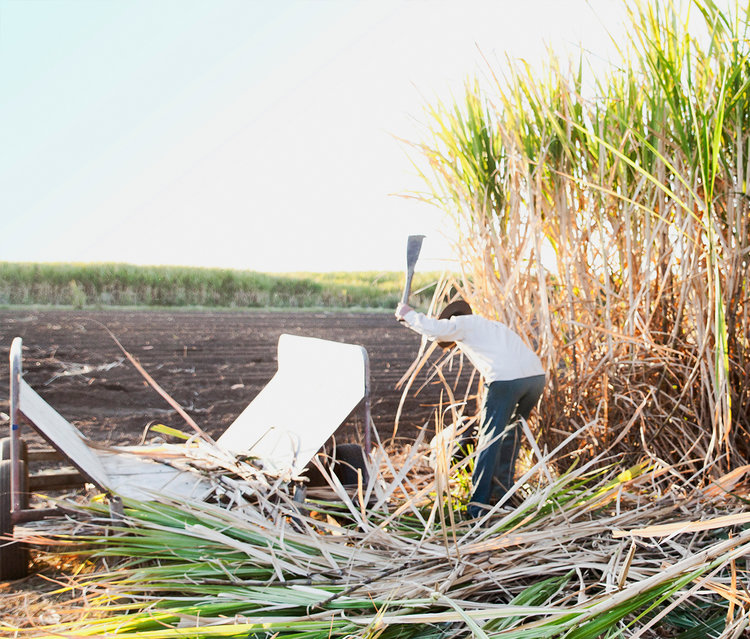 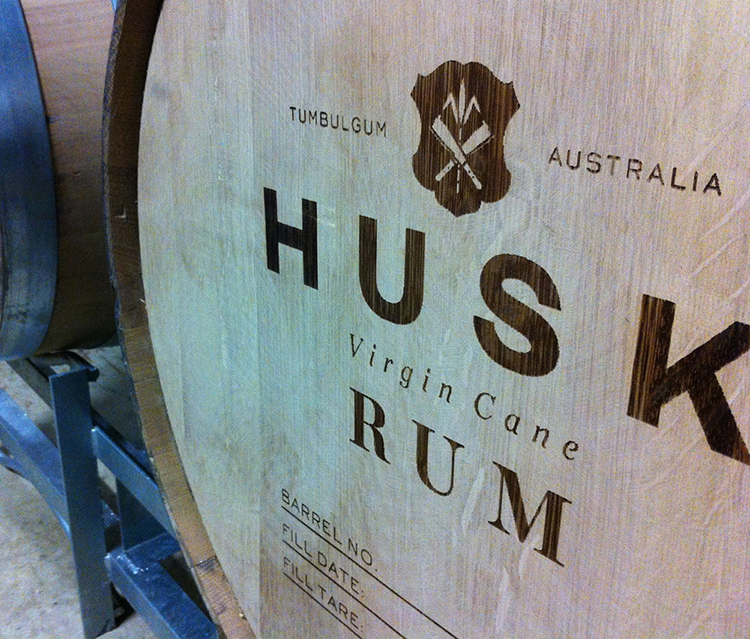 While the idea came quickly, the development of the product took three years to perfect.

Paul started with two questions: “What have we got to offer and why is someone going to buy gin from us in the Northern Rivers?” The answer to the first question led him to local ingredients, particularly lemon myrtle, which is native to the region, and Tasmanian pepper berry.

But it still didn’t have that wow factor. “We wanted something unique and unusual,” Paul says.

“We heard about the butterfly pea, a flower that’s been used in Thailand for thousands of years in cooking and herbal infusions.”

The flower is pH sensitive and changes colour when something acidic – like lime or tonic water – is added, Paul says.

“We started building the recipe around that flower – I became a little bit obsessed with it,” he says.

The result? In 2015, Husk launched the world’s first colour-changing gin, Ink Gin, made from 24 traditional, exotic and Australian Native botanicals. In the bottle, the gin is a dramatic indigo liquid, which transforms into a light pink hue when tonic water or lime are added.

“We’re pretty happy with the reactions people have to it,” Paul says, clearly delighted that years of hard work have paid off.

“We wanted something unique and unusual”

Ink Gin won the Northern Rivers innovation award, quickly followed up by the Australian Drinks Industry Best Innovation in Spirits Award, up against some of the biggest spirit companies in the world. Ink Gin is sold in Singapore, Thailand, Japan, the UK and Italy and will be launched on the US market later this year.

But there’s no resting on their laurels for Paul and Mandy, whose three daughters are also employed by the business. The eldest, Harriet, runs sales and marketing, middle daughter Edwina looks after logistics and despatch and youngest Claudia, works part-time on the bottling line while she’s still studying. 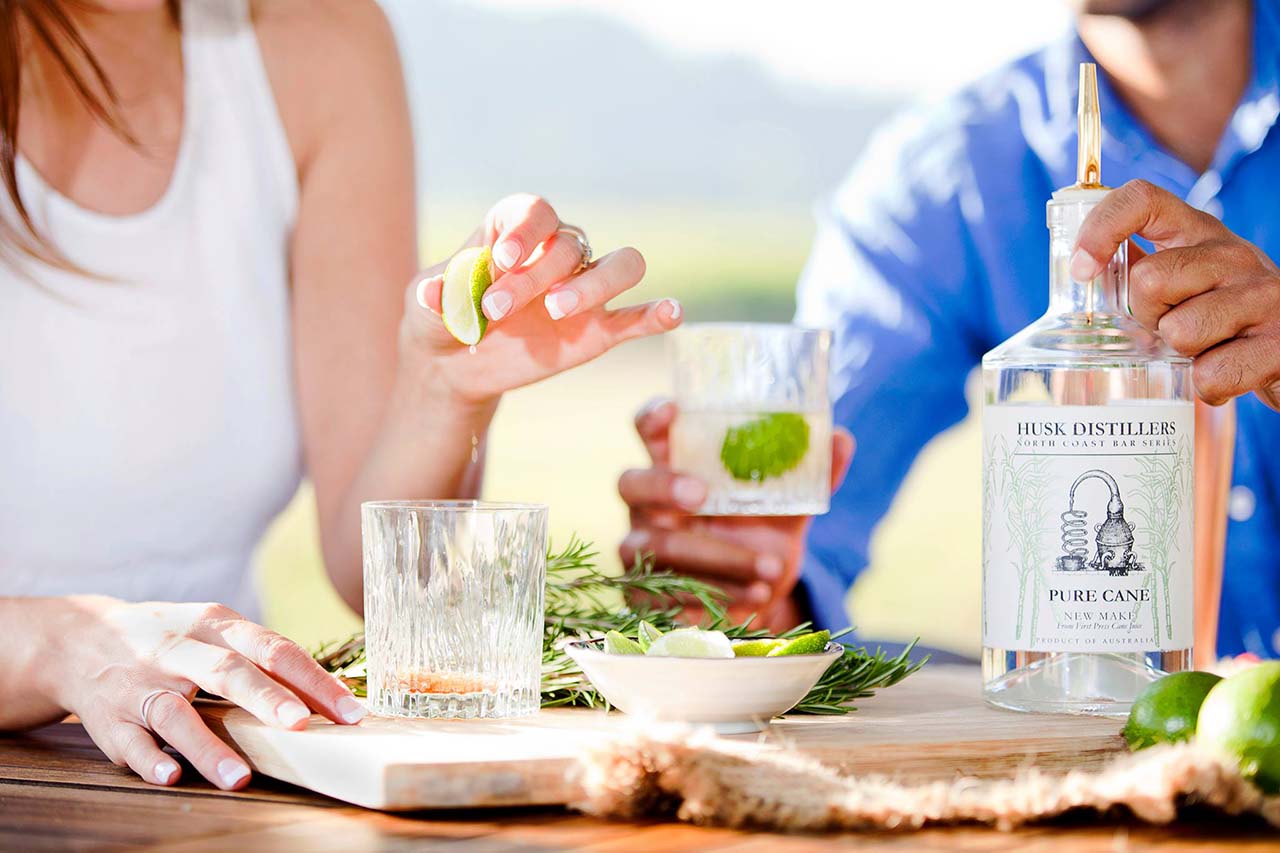 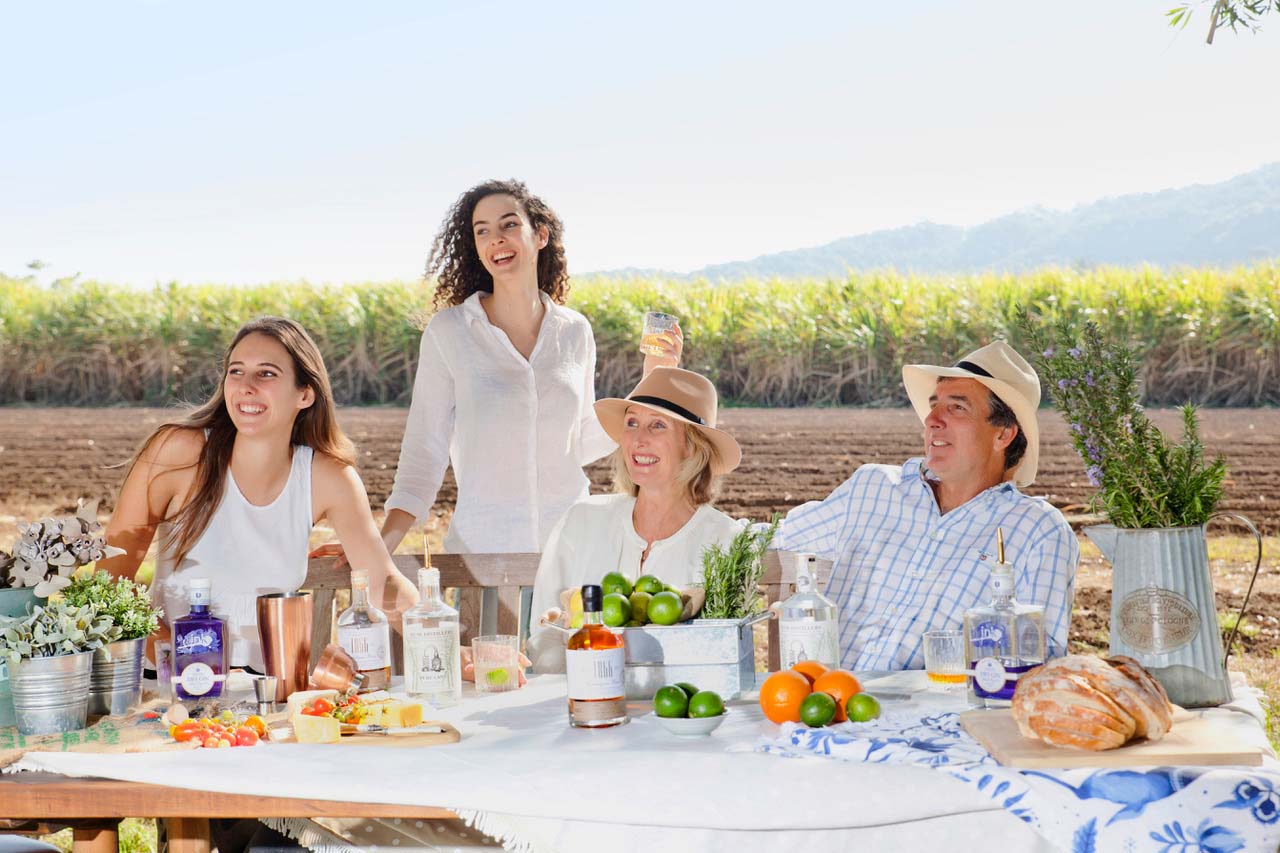 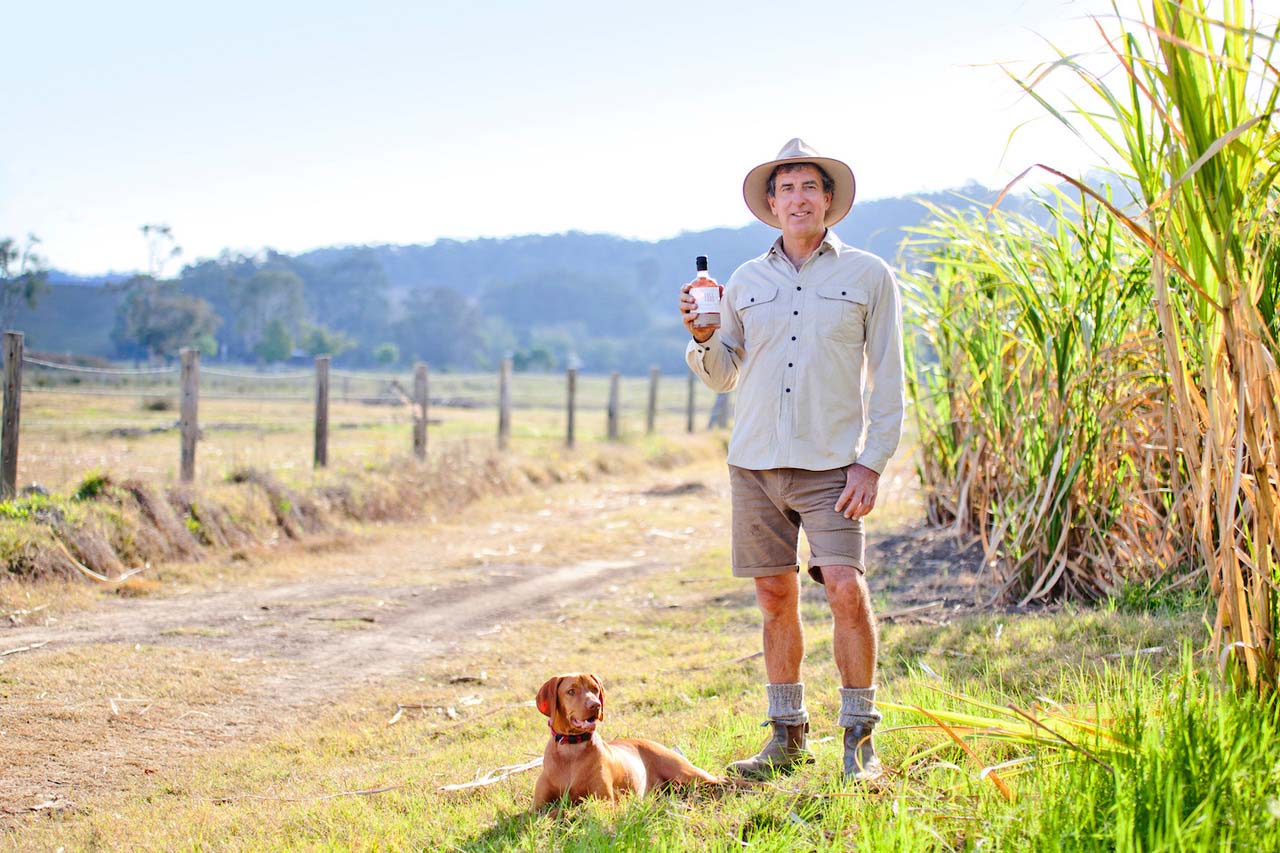 The family are launching a visitor centre, with the cellar door set to open in the middle of 2018, with the final stage café and kitchen next year.

“The cellar door will offer tastings and little tours through the distillery, and eventually we’ll do extended tours through the property – start off down in the untouched, uncleared lowland rainforest, then come back through the sugar cane, up to the sugar mill – taste the juice – and watch the fermentation and distillation process,” he says.

“People are more interested in understanding how the things they eat and drink are made,” Paul says.

It’s a bonus for visitors that Ink Gin and Husk Distillers Agricole Rum are bottled in one of the most beautiful valleys in the world.