Northern Rivers is well known for its breathtaking natural beauty, and imagine if your day at the office involved enjoying these views from the air.

This is the sweet reality for Georgie and Tim Latimer of AIR T&G, a helicopter service based at Ballina Airport, that runs everything from tourist tours and fire fighting, to power line surveys and aerial mustering, and also operates a hugely successful flight school.

“You have to pinch yourself sometimes,” Georgie says. “By the time you go from the beaches around Byron Bay and right up to Mount Warning, then south to Evans Head and the rivers inland – it’s all so stunning,” she says.

Georgie and Tim were aerial mustering cattle in WA and the NT when they decided to set up their own business somewhere on the east coast. Northern Rivers was a strategic choice because there was no competition between Coffs Harbour and the Gold Coast.

“It also just happens to be a beautiful and amazing part of the world to live in which makes it worthwhile doing business here,” Georgie says.

“We then picked Ballina because the council were so welcoming, the housing prices were affordable, and we could see that the Ballina Byron Airport was growing,” Georgie says, adding that the region’s growth has been even larger and faster than they expected. The business also enjoyed rapid growth, doubling each year for its first five years from 2006, with even larger growth in the most recent two years. AIR T&G now employs five pilots full-time as well as an office manager, and casual pilots added to the team during the busy fire-fighting season.

In 2007, Georgie and Tim added the helicopter flight school, and this flight-training arm is now the busiest component of their work, making up 70 per cent of the business.

“We ended up being inundated with people wanting to train with us,” Georgie says. “It was really unexpected.” Most of the helicopter pilot trainees travel from outside the region, and enjoy the accommodation included with the training. “They’re mostly country boys and girls who move here specifically to train with us then go out and get jobs in the bush.”

The tourist flights and surveying parts of the business draw interest from closer to home.

“We have so much local support for our services,” Georgie says.

“Whether it’s locals who buy gift certificates for our helicopter flights, or people who use us for photography work, we’ve really enjoyed naturally growing our business with a region that’s growing.” 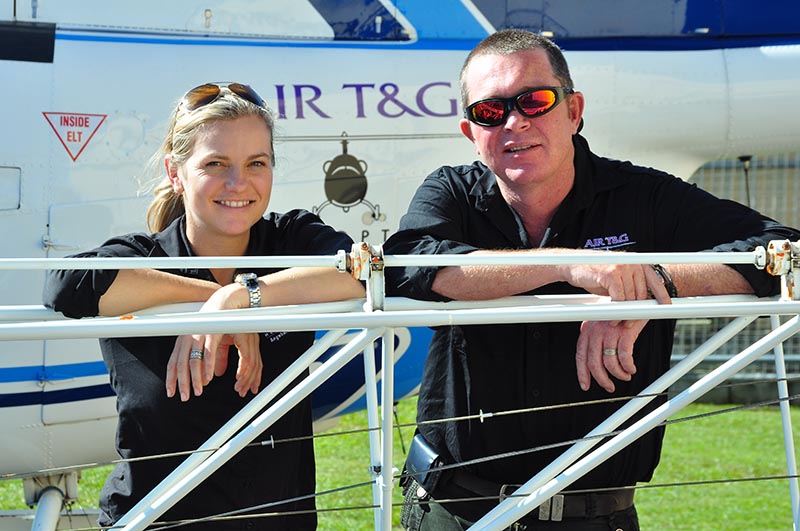 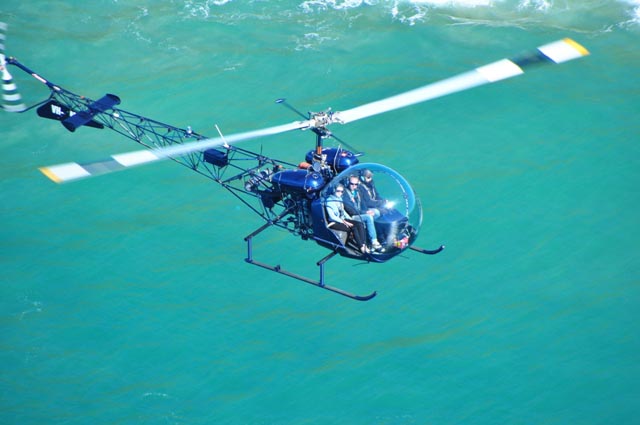